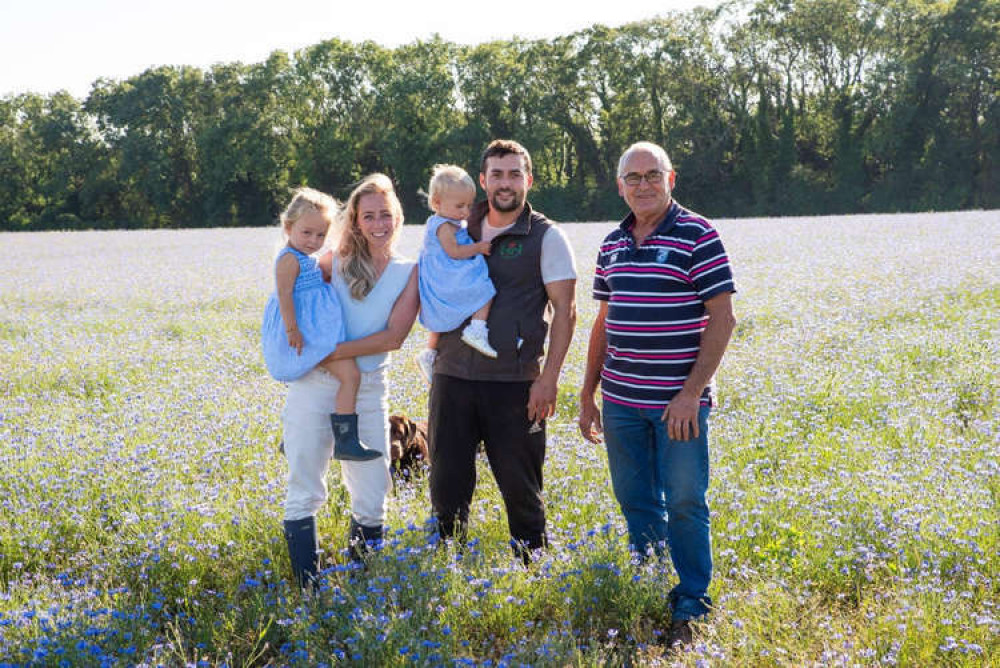 Vale of Glamorgan council has quashed its decision to grant planning permission for a business park at Model Farm.

Legal issues have emerged around how much information was included in the planning report.

The decision, taken two months ago, is now the subject of a judicial review.

It will be considered by a court and could go back to the planning committee for another decision.

Model Farm, east of Cardiff Airport and north of Porthkerry Country Park, has been farmed by the Jenkins family for four generations.

Legal and General want to build a business park on the farm, to serve the aerospace industry. The financial services company was granted planning permission in July, but the controversial decision was criticised for its impact on the local environment and biodiversity.

The Jenkins family said they were devastated by the decision in July and had been asked to leave the farm by July next year. But the latest turn of events throws the future of Model Farm into question.

An email from Councillor Jonathan Bird, chair of the planning committee, was sent to all councillors on Monday, September 13, explaining the news.

He said: "Having taken external legal advice, the council has consented to quashing the planning permission, due to not having adequately dealt with the assessment of the need to disclose viability information within the officers report."

Viability information relates to how much profit developers can make off a large planning application, and how much money they need to provide for local public services and infrastructure through Section 106 rules.

A Vale of Glamorgan council spokesperson said: "The council has received a letter setting out the grounds for a judicial review application in relation to the planning approval granted for this development.

"Having considered the contents of that letter with its legal team, the council has agreed to consent to the application to quash its original decision.

"If the court approves the order quashing the original decision, the planning application will be returned to the council to redetermine following full consideration of all relevant matters."

The news was welcomed by Welsh Tory leader Andrew R Davies, who is a Vale councillor and Senedd Member for South Wales Central. He warned the errors could undermine confidence in the planning process.

He said: "The decision to grant permission at Model Farm was a betrayal of Rhoose and surrounding villages, so I am extremely pleased it has been quashed.

"But there are serious questions for the council to answer. Residents' confidence in the process was already low and these significant errors will make it even more fragile.

"This decision proves the councillors who voted to turn down planning permission were absolutely right to do so. The council must reject the application when it comes back before the committee."

Plaid Cymru Councillor Ian Johnson, who voted against the original proposals, said that the announcement had come out of the blue. He said: "As a member of the planning committee, this has come as a complete surprise.

"I'll expect to receive a full explanation of what has happened here and why this information was not disclosed at the time of the meeting in July. This was a controversial application which passed by just one vote.

"Councillors were informed of this new situation several hours after the deadline for questions to next week's full council, so I hope that we will have an emergency statement instead.

"Since the original decision was taken, Vale of Glamorgan council has unanimously declared a nature emergency, and I have continued to ask about the planning implications of both Welsh Government and the Vale council declaring a climate emergency."