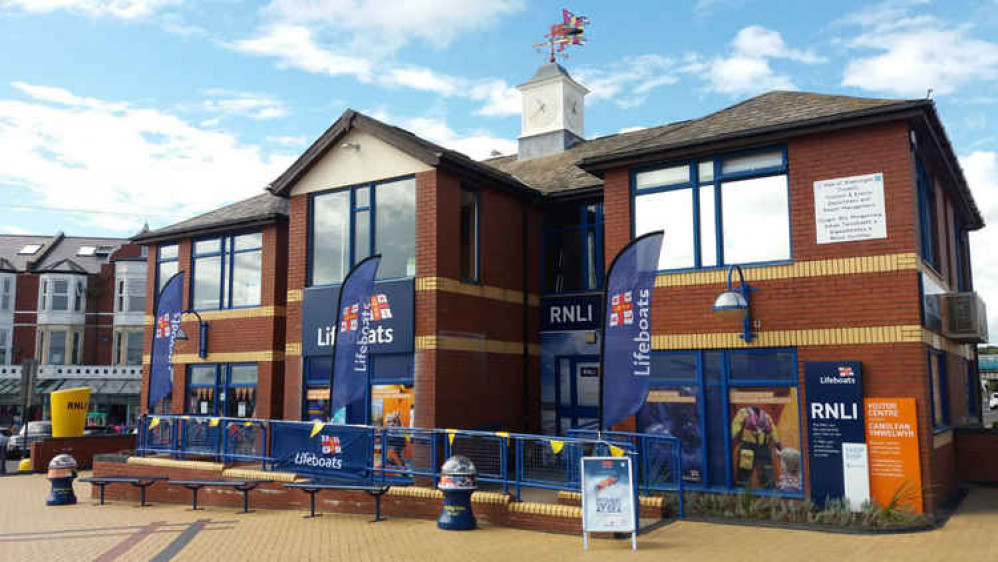 In 2021, Barry RNLI enters its 120th year of saving lives on the Bristol Channel.

In honour of the occasion, we thought you'd like to read all about the station's history.

Here's a timeline they put together. It's also available on their website.

Gold Medal awarded to Mr Daniel Rees and Silver Medal to Mr Ivor Rees for a very gallant shore boat rescue on 16 June 1907 to the yacht Firefly. For this service The Thanks of the Institution inscribed on Vellum was accorded to Mr D Morgan Rees for the part he played and a Special Letter of Thanks sent to Mr Harold M Lloyd who first observed the accident and took such prompt action.

Silver Medal awarded to Daniel P Davies, pilot's apprentice for the rescue by cutter's punt of two men from the ketch Elizabeth Couch on 22 February 1914. Daniel Davies lowered the cutter's punt and rowed to the ketch at considerable risk not only because to the weather but because of the danger of colliding with the ketch. 1920

Lifeboat house and slipway adapted for new lifeboat at a cost of £1,400.

Silver Medal awarded to the Honorary Secretary/Acting Coxswain Archilbald C Jones, and Bronze Medals to crew members Stanley Alexander, Thomas Alexander, William Cook, Henry Hobbs, Henry Housden, Frederick Searle, and Hewitt Swarts for a dangerous service carried out with skill and courage to the French schooner Goeland which was drifting with a heavy list in a west north westerly gale on 17 September 1935. Less than a minute after the last of the crew of six had been rescued, the schooner went on the rocks where the heavy seas broke her up.

Bronze Medal awarded to Coxswain David Lewis for the rescue of 10 people from the small steamer South Coaster during a whole north-westerly gale on 6 December 1940. Owing to the war she had a crew of five instead of eight. The steamer was yawing wildly about, pitching and rolling heavily and in danger of coming down on the lifeboat as she made two hazardous approaches enabling the ten man crew to jump to safety.

On 13 January Coxswain Swarts, who was working on the lifeboat in the lifeboat house, fell to the concrete floor of the boathouse, fractured his skull and died on 22 January, without regaining consciousness. His widow was paid a pension by the Institution. 1969

Lifeboat ON806 Rachel and Mary Evans parted her moorings whilst on temporary duty at Weston-super-Mare and was damaged beyond repair on 12 April. Her replacement, the Waveney class Arthur and Blanche Harris, ON1005, built at a cost of £33,000, placed on service.

Station provided with a second lifeboat Susan Ashley, ON 856, relocated from Sennen Cove. 1974

Lifeboat Susan Ashley withdrawn on 11 July and No 2 station closed. 1985

New shore facilities were constructed. This comprised of a fuel store and storehouse.

An ex-show bungalow was donated to the RNLI by Associated British Ports for use as a crew room. The old crew room was some six years old and in a bad condition. 1995

A Centenary Vellum awarded to the station in celebration of 100 years of service.

Following the visit on 3 September 2001 by the Coast Review delegation, led by Commodore R C Hastie, it was agreed by the Search and Rescue Committee on 6 February 2002 and resolved by the Executive Committee at their meeting on 10 April 2002 that the decision to allocate a Trent class lifeboat to Barry Dock be rescinded and that the station be earmarked for the allocation of an FSB2 in due course. 2003

A Trent class all-weather lifeboat ON1245 Inner Wheel II placed on service on 12 September. ON1228 Dora Foster McDougall has been withdrawn to the Relief Fleet.