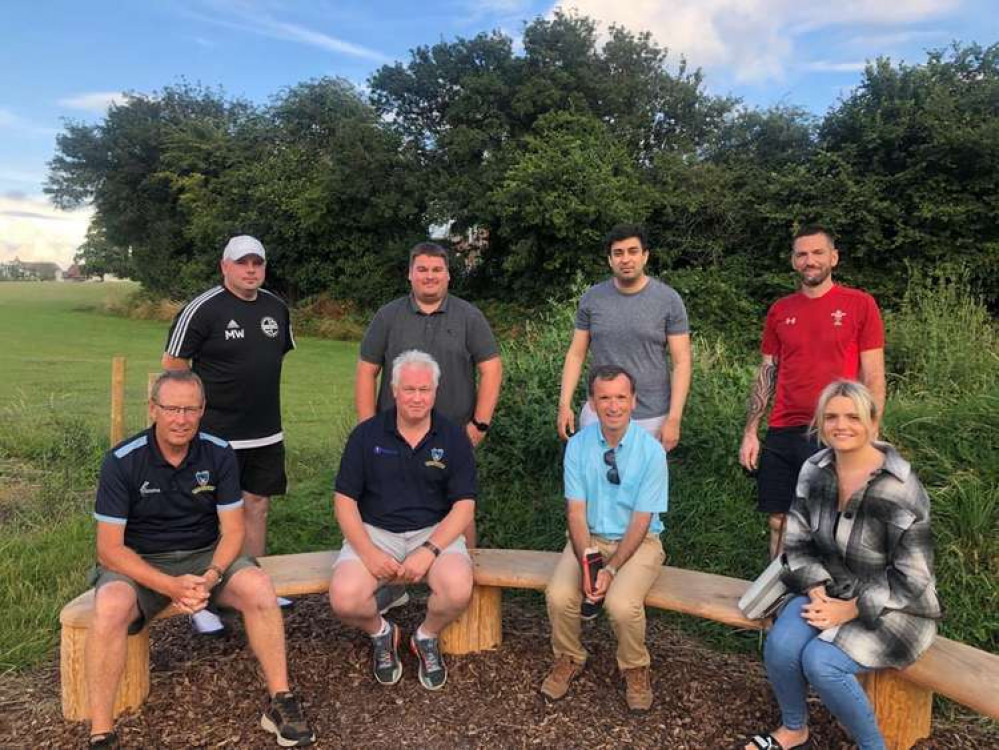 Local sports leaders met with MP Alun Cairns last week to discuss plans to rollout defibrillators to sports facilities across the Vale of Glamorgan. The meeting was described by the MP as "a positive step in the right direction" following recent events which have highlighted the need for accessible lifesaving equipment at sports venues.

Defibrillators are devices that restore a normal heartbeat by sending an electric pulse or shock to the heart. The aim of the local campaign is to provide every sporting facility in the Vale with an accessible defibrillator, to improve safety and ensure that tragedy can be averted. According to figures from the leading defibrillator charity Calon Heart, there are around 50 defibs in the Vale but many do not preside over sporting facilities.

Commenting on the meeting, Alun Cairns said, "the aim of the meeting was to bring together sporting representatives to see the potential challenges we may encounter in this campaign and to create a plan. Obstacles such as funding, and management of the defibs was discussed, but this positive engagement with the sporting community was the first step in taking this important campaign forward. I want to thank those who attended and encourage any others who want to be a part of this to contact me."

The Vale MP added, "I have since written to the Local Authority to enquire about how we can progress and to request that they work with us by playing an active role in support of the campaign. Ultimately, widespread accessibility is the most important issue at hand and this will be the central theme of our campaign. That's why we hope that the Vale Council can play a key part in ensuring that this lifesaving equipment reaches venues across all of our community."

Calon Heart, a Cardiff based specialised defib charity will be involved in the campaign, to highlight the funding options available. The charity has already placed over 6000 defibs across Wales but this is set to massively increase in the coming months following an increased demand after recent events.

Matthew Warner, Youth Team Coach and Safeguarding Officer at Cadoxton Barry FC, who is also involved in the campaign commented, "I am a firm believer that lifesaving defibrillators should be much more accessible to the public. Especially in locations where sport and physical play takes place. We are hearing more and more of younger people, including children having cardiac arrests and dying these days than we have in the past, even though we are trying to create a healthier society."

Simon Hiscocks, Secretary of Dinas Powys CC, added, "the installation of an accessible defibrillator at, or within a couple of minutes at most, of all sports venues should be a starting point for this campaign. It should not be a responsibility to be placed on individual clubs/organisations where sites are multi-use."